We are proud to have had the opportunity to work with McGregor Coxall on our winning idea for The City Centre’s Smart Infrastructure competition as part of their programme for A Smarter City.

We are proud to have had the opportunity to work with McGregor Coxall on our winning idea for The City Centre’s Smart Infrastructure competition as part of their programme for A Smarter City.

Addressing the needs to endorse alternative modes of transport other than just vehicular traffic has been climbing up the agenda for many years with the desire to not only accommodate other road users’ needs, such as pedestrians and cyclists, but to also create a sense of place and a pleasant environment to be in. Although this is all relative to the function of the street, some locations simply have a high traffic function that needs to be accommodated, whilst others are predominantly led by pedestrian demand or public realm desires.

The challenge: Creating temporary recreational opportunities in the City

The City is a thriving economic and commercial centre which has an obligation to accommodate peak traffic, an important challenge for any public realm schemes of the future. Nevertheless, understanding the noticeable conflict that suggests outside of the working peak hours, particularly at weekends, such areas are much quieter and a stark comparison to the hustle and bustle of the 8am rush during the week. As a result we decided to consider Cheapside, located in the heart of the City, which connects Bank to St. Paul’s for our concept which explores the idea of creating a space where its function has the potential to change across the course of the week, or even the day. 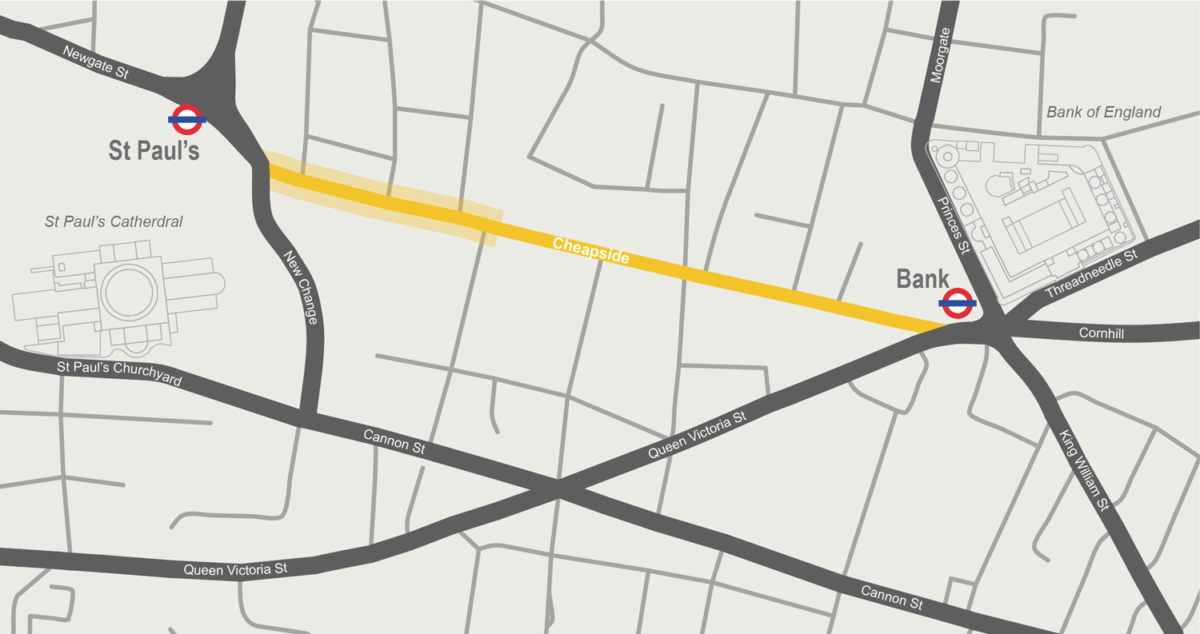 Together with McGegor Coxall, we considered how the street may be able to adapt to the different demands that could be placed on the western end of Cheapside. Benefiting from its close proximity to St. Paul’s and the number of visitors that are received each year, the opportunity to create an attractive shared space that would appeal to the masses during the weekend and out of hours (not just during the week) was a possibility we were excited to explore.

What if Cheapside could adapt to changing demands and become a destination in its own right, bringing public life to the area when its function as a vehicular link is less of a priority? What if it could respond to people’s demands offering social, recreational and cultural programs at varying times of the day or the week?

Consequently we proposed the idea of the ‘Smart Carpet’ submission. A concept that encapsulates the idea of a flexible street supported by a variety of paving modules that incorporates modular street furniture, e LED lighting, the ability to generate energy or provide power and data to change the environment. Examples of this type of technology have already been installed by Pavegen.

During the peak traffic hours this would perform the typical street function with LED lighting defining the different road space for users, even lighting up zebra crossings. At lunchtime and in the evening, the street can be closed off to provide recreational and community space to hold workshops, exhibitions or space for exercise and leisure. At weekends the area could accommodate plug in stalls, seating and tables to offer flexible spaces for food markets, whilst being a desirable place to relax and socialise with food and drink. Larger scale events could also be held with the ability to install a stage and the functionality to support performances. 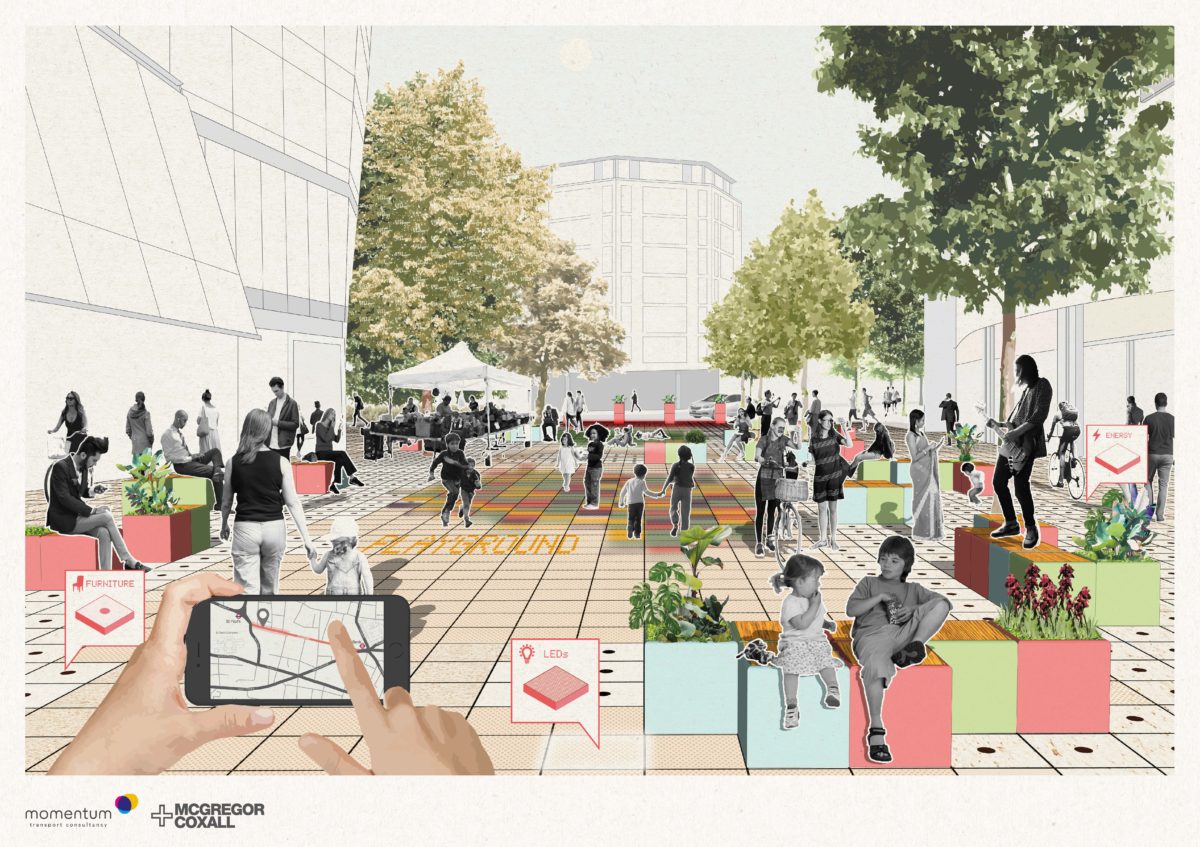 The adaptability and flexibility means that the street can adapt to whatever demand is found and seeks to address the conflict between accommodating high levels of traffic during the peak hours, and providing a pleasant environment for various activities at other times. At just a stone’s throw from St Pauls, there is plenty of potential to draw in the life and vibrancy associated with a higher footfall.

If you’d like to read more about our winning submission, click here. Or if you’d like to find out how we at Momentum continue to work with our clients to design and develop desirable places and experiences for people, make sure to get in touch.