The night I rode on the Elizabeth Line…

After experiencing the gems of the Elizabeth Line, Joe speaks on the line set to connect communities across London.

Everything about the new Elizabeth Line will be larger than life: its length (TfL’s longest rail route at over 100km); its construction cost (currently Europe’s biggest project coming in at £15.4bn – or around 19.5 Wembley Stadiums) and the trains themselves (each measuring 200m long, or the length of two football pitches).

Operating as ‘TfL Rail’, and having been added to our iconic tube map, they will be renamed in December when the Elizabeth Line officially opens for business – later than originally planned – in autumn next year.

And despite high-profile architects being openly critical about the design of the new stations – comparing their uniformity to one another with the stand-out individuality of the Jubilee line’s stations – it seems the new Elizabeth Line will have plenty to impress Londoners.

Having caught a glimpse of it and experienced the train tech for myself, we couldn’t miss the opportunity to take a moment in the Momentum office to discuss the wider benefits of the new line that we’re all looking forward to seeing:

New public realm and spaces around stations: a key consideration in any scheme we work on, we see fantastic opportunities for connected, inclusive and sustainable schemes tailored beautifully to the needs of the people who use them

Development opportunities around the Elizabeth Line: Planning consent has been obtained for 12 major developments over and around stations. These developments will provide up to 3 million square metres of new office, retail and residential space and, together with further major mixed-use developments springing up around these stations, are expected to contribute somewhere in the region of £500 million towards the overall funding envelope. A recent GVA report estimates property values around Elizabeth Line stations could increase by 19% – and nearly half of all planning applications within a kilometre of an Elizabeth Line station cited the line as a major reason for development.

Reduced demand on certain TfL lines including the Central Line and DLR (at least in the short term!): Of course as London residents ourselves, based in the heart of Hatton Garden just a stone’s throw from Farringdon (expected to become one of the busiest stations in the UK with direct connections to three London airports as well as the City, Canary Wharf, outer London and the home counties), a quicker, easier journey to work and more direct links across London tick all the boxes on both our professional and personal wish lists!

While funding a project of this size will always be a complex and somewhat contentious issue, with The Crossrail Business Rate Supplement and Developer Contributions figuring large in our own informal discussions, the benefits that the new Elizabeth Line will bring look set to make it a jewel in London’s crown when the red ribbon is finally officially cut.

And – it goes without saying – having had a taste for what is to come, I’m personally looking forward to being one of the 1500 passengers on each of the new trains who can take a seat, sit back, log on to the onboard Wifi and enjoy a quicker journey into and out of central London each day! 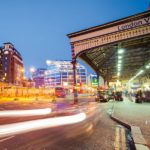 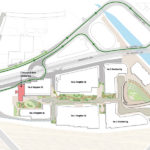 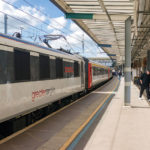 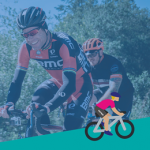 A conversation with David