What’s next for Transit Oriented Development

Transit Oriented Development (TOD), be it around a rail, underground, light rail, tram, or bus rapid transit line, has been a cornerstone of urban revival for the last decades. It is a remarkably simple idea: if people and urban activities are concentrated around key transit hubs, then users would choose not to travel by car. Even before cars, it is around the early concepts of TOD that modern mass-transport systems were developed, with lines stretching out on green fields, shops developed around the new stations and houses within walking distance of both. While the idea faded during the car boom of the second half of the 20th century, preferring sprawling suburbs and retail parks, the concept was then recovered in search of a more (socially, environmentally, and economically) sustainable urban form.

The concept then broadened, to include Vancouver’s Transit Oriented Communities where the focus shifts from the development (referring to a single plot or project) to the integration of economic vibrancy and density within existing neighbourhoods. The scope was further extended to include active travel, walkable neighbourhoods around key stations and the provision of high-quality infrastructure for urban cycling, thus extending the catchment of the TOD and public transport to a much wider area reachable by bike, both in London (Healthy Streets) and, again, in Vancouver.

The post-COVID recovery poses significant risks to this model.

TfL estimates that public transport capacity will have to be reduced by 80-90% for as long as social distancing measures are in place in some form, making it impossible to rely on mass transit to service high-density developments. The psychological impact of an extremely serious, and not yet clearly treatable, disease – transmissible through droplets between people in close proximity – casts significant doubts on the appetite to return to dense, crowded urban areas. Although not all large metropolises have higher infection rates than other areas (for example, New York has, but London does not), car-based low-density suburbs might represent a reassuring response to avoiding infection.

Although probably inevitable in the short term, dense, walkable and transit-oriented neighbourhoods should not allow a car-based recovery to stop the sustainable urban and mobility regeneration momentum. It is encouraging that a consensus on these kind of measures seems to be present among most European cities – from Milan to Paris, and Berlin to London. The Streetspace for London plan (as well as the similar transport interventions being developed by the City of London and, in my home country Italy, by the city of Milan) is an extremely positive example of such an approach.

I find particularly interesting the 15-minute city approach of Paris, “based on four major principles: proximity, diversity, density and ubiquity, […] individual areas within the city should be able to fulfil six social functions: living, working, supplying, caring, learning and enjoying”[1]. Each city neighbourhood should be within a 15-minute walk, bike ride or public transport trip from key amenities, retail and workplaces. A particularly interesting element of the plan is the approach to re-use existing infrastructure outside its planned hours or use. As Carlos Moreno, professor at University of Paris 1 Pantheon-Sorbonne, plan creator and advisor to mayor Hidalgo, says:” Hidalgo’s plan would add offices in neighbourhoods that lack them, so people can work closer to home. Some people could work in neighbourhood coworking hubs; for many jobs now, the biggest hurdle will simply be convincing companies that employees can successfully work remotely. (although the tragic circumstances of COVID-19 seem to have given a significant push in this direction). Another key to the approach is finding multiple uses for infrastructure that already exists. Libraries, stadiums, and other buildings could be used outside their standard hours. Nightclubs could double as gyms in the afternoon”.

During its development, London expanded to incorporate the surrounding towns to become the “city of villages”: the London Plan identifies more than 200 town centres, from international attractors down to local and neighbourhood centres, most of them already clustered along public transport stations or interchanges.

As lives have become more local during the lockdown, these centres and clusters could very well be the future of Transit Oriented Developments: Located within 15 minutes’ sustainable travel from their users, focused not solely on high- (or hyper-) density, heavy mass transit infrastructure and utilitarian linked-trips (home to school to post office to work to groceries to home), but also on a more holistic approach to urban lifestyles that takes into account work-life balance, social and family interactions and the dissemination of economic opportunities across metropolises, towns and cities, rather than in small, often (economically and socially) inaccessible clusters.

And while we look at making these clusters accessible (across multiple dimensions – from transport, to businesses, to inclusivity), we should be aware of the risk of segregation between these 15-minute neighbourhoods if the sole focus is how to connect the centres to the surrounding areas. As discussed by multiple studies and analyses over time, the boundaries of what we define as neighbourhoods become the location of so-called barriers (such as infrastructure lines for example, or even actual walls), often creating social segregation along the lines of ethnicity, or income, or religion. The design of these boundaries, according for example to Richard Sennett, should embrace a level of informality that allows both adjacent differences and newcomers to generate unplanned and unexpected elements of urban creativity (in contrast with the more determined and homogeneous centres).

Should the forced break in daily lives encourage thinking on how to avoid the mistakes of the past, once the more immediate threat and fear of the contagion subside (be it because of vaccines, treatments or just because we get used to it), we might find a clue to the future of transit-oriented developments in this tension between planned centres and informal edges, as they move from transit oriented to sustainability and inclusivity oriented, and from development to communities. 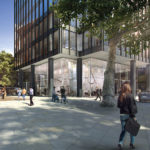 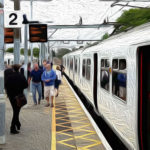 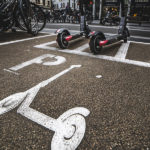 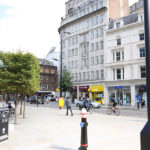 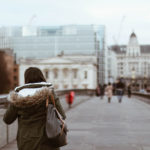 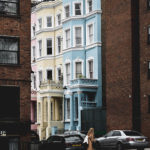